The early-ripening “u hong” lychees from Thanh Hà District, the northern province of Hải Dương – a lychee farming hub of Việt Nam, hit the shelves of Singaporean supermarkets on June 3.

The fruit made a good impression in this market thanks to its quality and prices, the Vietnamese trade office in Singapore said.

The Vietnamese lychees will be sold at all the 230 FairPrice supermarkets this year, many more than last year when they were sold only at hypermarkets or major shopping malls of FairPrice.

From now to the end of the harvest season, Singapore will purchase at least one 40-foot container of lychees every week, and the export volume is expected to reach 100 tonnes by the end of July, according to the importer. 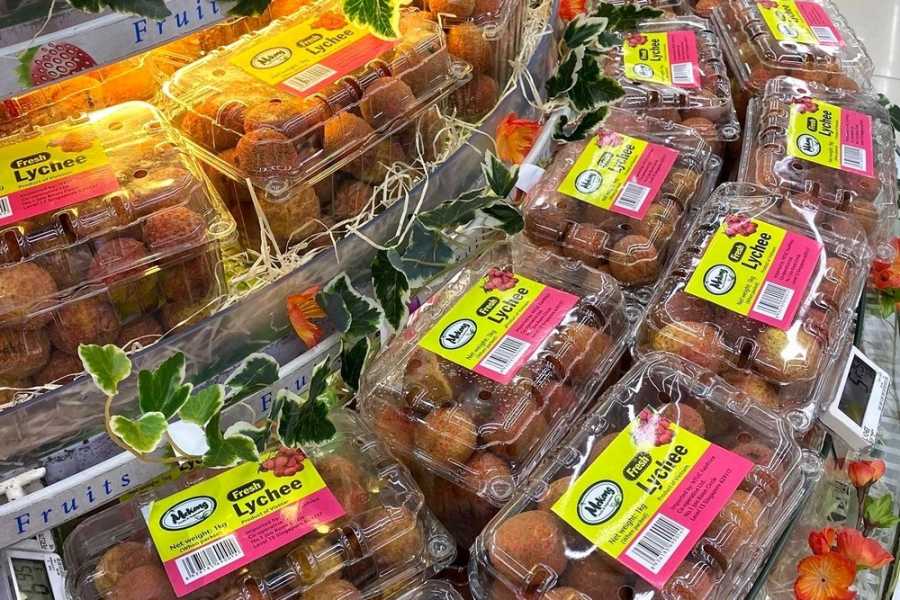 This year, the lychees from Vietnam are sold at higher prices, about US$4.5 or more per kilo.

The Vietnamese trade office in Singapore noted that Singapore is a small market with a population of less than six million, but its people have high and stable demand for lychee which they considered a fruit bringing about good luck and frequently present in important anniversaries and big parties.

Given this, the office has moved to promote Vietnamese lychees such as by making posters, posting articles about the fruit’s history and benefits on its website, and inviting a Singaporean expert to persuade importers.

Every year, Singapore imports more than 2,000 tonnes of lychees from China, Việt Nam, Thailand, and countries in the southern hemisphere like Australia, South Africa, Madagascar, and Mauritius. Without lychee cultivation, it still exports nearly 400 tonnes of lychees annually, both fresh and canned ones, equivalent to some 20 percent of its total import volume.

According to Trần Thu Quỳnh, head of the trade office, this is a challenge and also an opportunity for Vietnamese lychees as both countries are members of many large free trade agreements like the Comprehensive and Progressive Agreement for Trans-Pacific Partnership (CPTPP) and the Regional Comprehensive Economic Partnership (RCEP).

Though the export value remains modest, authorities’ efforts and businesses’ resolve to explore foreign markets for the fruit have demonstrated the supply, post-harvest preservation, and logistics capacity of Việt Nam, which is also the key for all commodities of the country to reach the world.