Twenty tons of lychees from the first batch of the 2021 season harvested in the northern province of Bac Giang have been shipped to Japan.

This is the second year that the fruit has been exported to the far east economic giant from Bac Giang, the premier lychee growing province in the country.

The two companies said that they would export more Bac Giang lychees to Japan by air and sea this year.

Tan Yen District cultivates lychees on 1,300 hectares and expects to harvest 14,000 tons of the fruit this year. Its early harvest season will last until mid-June.

Nguyen Viet Toan, chairman of the district People’s Committee, said they have quarantined everyone who’s come into contact with Covid-19 patients, set up checkpoints on roads leading to lychee cultivation areas, and are checking the health of every visitor to ensure the orchards are unaffected by the pandemic. 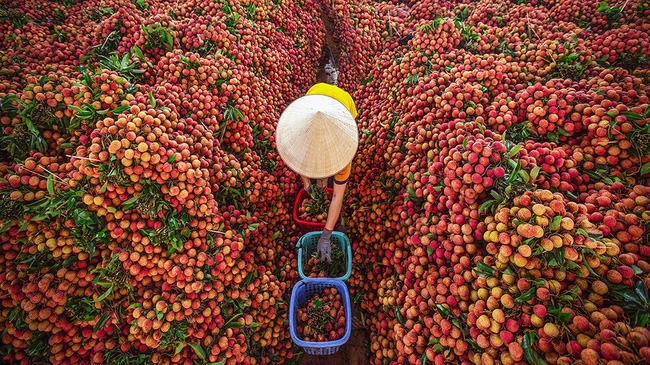 Under regulations set by Japan’s Ministry of Agriculture, Forestry and Fisheries, Japanese experts have to directly supervise phytosanitary certification of exported produce in Vietnam. However, Japan has authorized Vietnam’s Plant Protection Department to do it during the pandemic because Japanese experts cannot come to the country now.

Bac Giang has so far harvested 2,000 tons of lychees in the early harvest season, half of which has been exported. China is the largest buyer of lychees from Vietnam.