A scarcity-prompted creation, the egg coffee has become a distinctive Hanoi offering. Today, several twists have spiced up the special beverage.

While old timers are likely to mention two establishments – Dinh on Dinh Tien Hoang Street and Giang on Nguyen Huu Huan Street – as the go to places for a delicious cup of egg coffee, a flourishing cafe culture has seen others make a mark with their own additions to the unusual beverage.

Egg coffee was invented in the 1940s when there was scarcity of milk in the city, prompting a bartender to use a replacement. The alternative, whisked egg yolk, turned the coffee into one of the most renowned drinks in the country.

While a standard cup of the drink will have a thick, yellow layer of whisked egg on top of a layer of strong black coffee, it has been spiced up by some variety in the process of making it as well as the addition of new ingredients. Below is a list of six cafes in the capital city for sampling some egg coffee varieties. 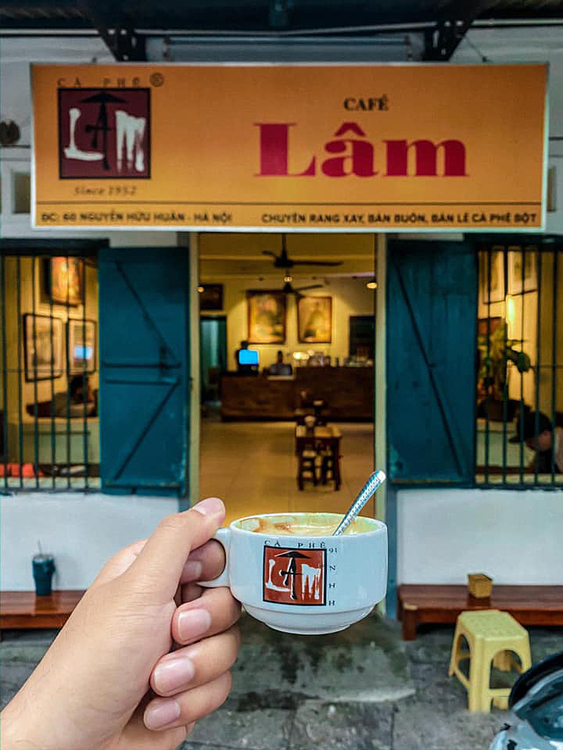 A cup of egg coffee costs VND20,000 ($0.87) to VND25,000. The shop has a nostalgic feel to it, with many paintings on the wall. The cafe is open from 7 a.m. to 11 p.m.
Located at 91 Nguyen Huu Huan Street of Hoan Kiem District, famous for the number of cafes it has spawned, Café Lam has acquired some fame for its egg coffee. It is here that customers can enjoy the special smoky fragrance of roasted coffee in the drink. The eggs are whisked at high speed in the mixer to make sure it’s fluffy and creamy.

While this cafe might not carry as strong a flavor as some of the older establishments, one special feature is that the drink is kept hot by a candle that is lit under the cup. The cafe also serves several traditional sweet soups.

The tongue-twister sounding Lermalermer Cafe serves up a boozy version of the egg coffee by adding some rum to it. The bitterness of coffee, the rich creaminess of whisked eggs and the particular fragrance of rum complement each other to make this an enjoyable drink.

In the heart of the iconic Old Quarter, the Blackbird Cafe at 5 Chan Cam Street, Hoan Kiem District calls its egg coffee the “Eggpresso.”

The eggs are mixed with a signature espresso brewed by the shop. The flavor of both eggs and coffee is strong, making it a most suitable drink for chilly days. A cup of eggpresso costs VND60,000-65,000.

Another address to enjoy different versions of the egg coffee is All Day Coffee at 37 Quang Trung Street in Hoan Kiem District. Here, you can try egg coffee with coconut cream as well as cold egg coffee. 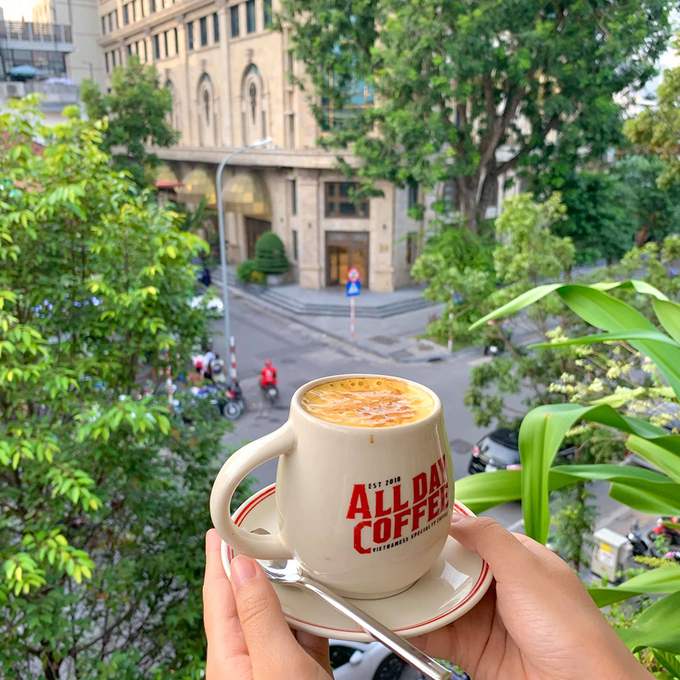